The fifty-seventh edition of the Environmental Health Course, held from the 20th to the 23rd of March in the municipal auditorium “Carmen Estévez” of Vilalba City Council, comes to an end with a “complete success”.

According to data from the organization, this last call summed up more than a hundred participants from Galicia, Asturias or Valencia that during 3 days could benefit from the extraordinary knowledge of the 33 expert speakers who participated in the different plenary sessions.

Climate change, water and waste management, natural heritage and tourist possibilities in the region were some of the topics discussed during the conference, in which Sotavento participated with a session under the title of “Leeward contribution to research, training and Education in renewable energies and energy saving and efficiency “.

In addition, during the closing day the participants made practical visits to the Entrepinares Edar in the polygon of Vilalba, the emblematic pond of the Alligal of Codesido and the Experimental Wind Farm of Sotavento in Xermade. 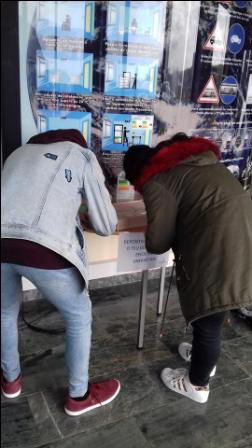 Since 1998, every 5 March, World Energy Efficiency Day has been celebrated. It was during the 1st International Conference on Energy Efficiency held in Austria where it was decided to set a date for all citizens to reflect on the problem of abusive use of fossil fuels and the importance of starting to use alternative energy sources.

One more year, Sotavento joined the commemoration of this event focusing its activities of the week of March 6 to 12, mainly to the disclosure of aspects related to saving and energy efficiency.
More than 300 people, coming from the four Galician provinces, toured the facilities of Experimental Sotavento Wind Farm, proving that a simple gesture can have great environmental and economic advantages without affecting our quality of life.

Conscious of the importance of saving and efficiency measures must become a daily routine, Sotavento invited the participants to deposit their energy efficiency advice, in order to know which are the most used savings measures by the citizenship.

At the end of the week and the results analyzed, 43% of those surveyed believe that more bioclimatic housing should be built, 26% think that more electricity should be saved, while 22% of respondents stressed the need to save water, with a remaining 9% that indicating the importance of solar utilization. 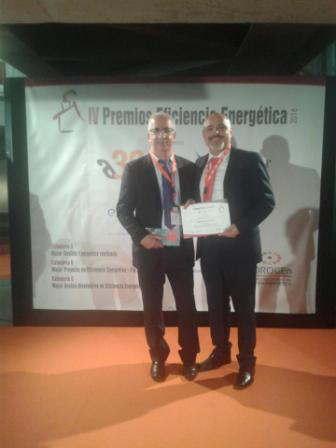 Organized by A3e – Association of Energy Efficiency Companies and the publisher El Instalador with the collaboration of IDAE and ENDESA, these awards seek to recognize the work carried out by institutions, companies, professionals and students in benefit of energy efficiency in Spain.

Among the more than 30 nominations presented, the jury awarded Sotavento the 1st prize in the category of Best Energy Efficiency Divulgation Action. In addition, they were awarded the “Cinergy Campaign” presented by ARENA MEDIA and “Fulldome” (immersive experience for the promotion of hybrid systems with Aerotermia) presented by SAUNIER DUVAL were also awarded.

José Núñez Baña and Manuel Díaz Fernández, Manager and responsible for the awarded area respectively, have been in charge of collecting the prize in Madrid. 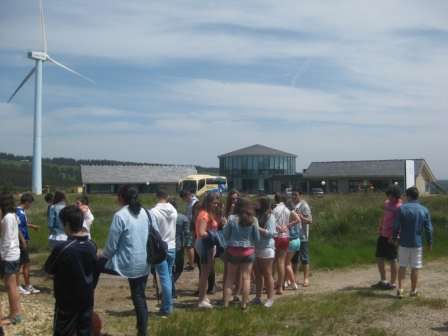 The 2015/2016 academic year ends in Sotavento with more than 8,200 people received a total of 246 educational activities along the course at facilities Sotavento Experimental Wind Farm.

These data, coupled with historical accumulated since the start of the activities of divulging area in 2002, continue placing Sotavento as a benchmark in the field of dissemination of renewable energy.

Most of concerted activities along the course were conducted by high school students and technical groups, both groups represent more than 60% of visits received.

As for its origin, more than 94% of the received groups came from the Autonomous Community of Galicia, although it should be noted that the number of visits from different foreign countries (France, Denmark, etc.) equal to those received from other points of the Spanish geography, assuming both 6% of all groups received.

Among the different educational activities developed throughout the course, should highlight the performance of online visits through ICT present in the center, an activity that offers the opportunity to meet Sotavento collectives that its distance from the park makes it impossible classroom activity. Or the Sotavento collaboration on several projects of research training as is the SATMA project for training in the field of wind to vocational students.

As for activities outside the park stands the participation of Sotavento in the 1st edition of the Fair of Energy Galicia, where according to the organization of the event were more than 5,500 people received over 3 days in the International Fair grounds Abanca Silleda Galicia.

The finale this academic year marks the celebration of the European Energy Week 2016 (EUSEW). An initiative launched in 2006 by the European Commission and organized by the Executive Agency for Small and Medium Enterprises (EASME) closely with the Directorate General for Energy, in its 11ºedición marked as main objective to bring together public authorities, private companies, non-governmental organizations and consumers to promote energy saving initiatives and renewable energy in order to achieve a safe, clean and efficient energy system.

We recall that the end of the academic year 2015/2016 gives way to the beginning of a summer season in Sotavento, during which park facilities remain open for those who, under reservation (Phone: 981 563 777, email: info-disclosure @ sotaventogalicia.com), they are interested in visiting Sotavento more from a tourism perspective. This aspect, less known, which include international organizations such as UNESCO. 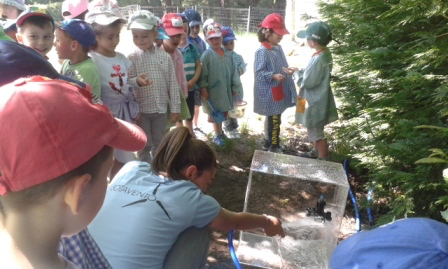 Sotavento bring near the energy to students of Infantil School of Vilalba.

Throughout the whole morning, children from school performed many practical activities with could discover alternative energy sources to fossil fuels. Likewise, they found different measures of energy saving and efficiency to implement both at home and in the school itself.

The day ended with the preparation of a chocolate prepared with organic milk donated by LACTALIS in a solar cooker. The activities promoted by management and the teaching staff, were assessed positively by both the management team of the school and the teaching area Sotavento. Both centers, highlighted the importance of promoting sources of “clean” energy and responsible consumption at all ages.