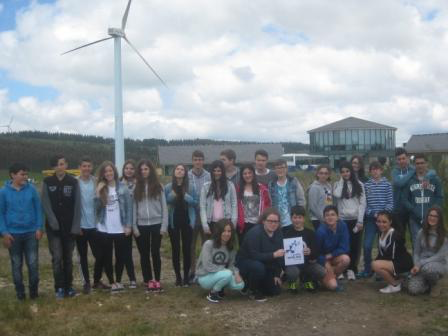 For the sixth consecutive year Sotavento joins the celebration of the Global Wind Day, as every year takes place on June 15.

The Global Wind Day is a coordinated action between the European Wind Energy Association (EWEA), the Global Wind Energy Council and the national associations to introduce the public to the wind, revealing the power and possibilities of wind with the objective of decarbonising our energy and increase employment and growth in this sector.
It is a worldwide event in which according to the EWEA, this year involved a total of 29 countries across the world with various activities related to the wind.

To commemorate this day, Sotavento was visited by more than fifty people between 13 and 15 June visited the facilities of the Experimental Wind Farm of Sotavento. During these days the Leeward outreach activities focused on wind energy, bringing the audience to the different projects being carried out in their facilities to make better use of wind as an energy resource.

Wind saves about 2.5 euros per month on electricity bills for domestic consumers and employs 20,000 people. In addition during 2014 it prevented the emission of 20.4 million tons of CO2 into the atmosphere. It also reduces our dependence on foreign energy being an indigenous source.
Last May, the wind has been the source that provided more electricity system covering 24.3% of demand from Spain (about 20 million homes). Annually, covering around 20% of demand. 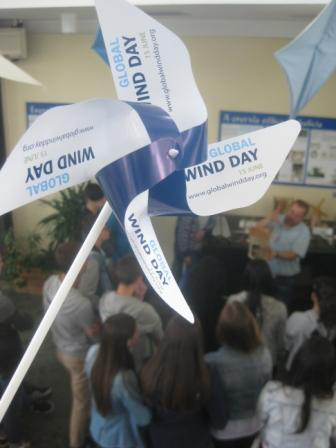 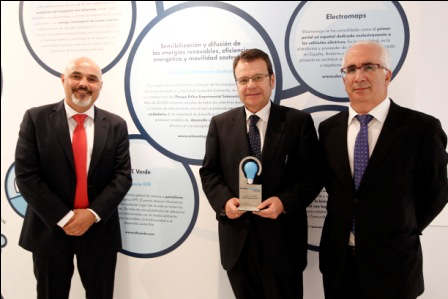 On 2 June in Madrid the ceremony of the first edition of the awards organized by Think Blue Volkswagen.

The awards, which was attended by 72 candidates, had three different nominations and a cash prize of up to 5,000 euros to recognize the best initiatives in research, innovation and career.

AEInnova, microelectrical Department of the Autonomous University of Barcelona, he was awarded the Innovation Award for the project “Waste Heat Recovery Unit”, a system to convert waste heat into electricity hot surfaces.

The Sotavento Galicia Foundation, was awarded in the category of best path, in recognition of a path dedicated to the promotion of renewable energy, energy efficiency and sustainable mobility.

The event was presented by journalist Monica Carrillo and attended by authorities as the Deputy Minister of environment and land planning, Enrique Ruiz Escudero, Director of Volkswagen Spain, Laura Ros, and the President of Volkswagen-Audi Spain, Francisco Pérez Botello. 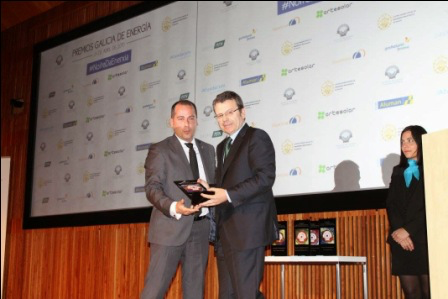 On Friday April 24 was held in the auditorium of La Coruna AFundación a new edition of “A Noite da Enerxía” ceremony of Galicia Energy Awards 2014.

In this edition, the Sotavento Galicia Foundation turned out winner in the category of best performance in energy awareness, becoming the first recognition level receiving Sotavento Galicia. The rest of the awards received so far come from different national and international organizations, highlighting UNESCO recently considered as one of the 32 success stories and best practices worldwide. 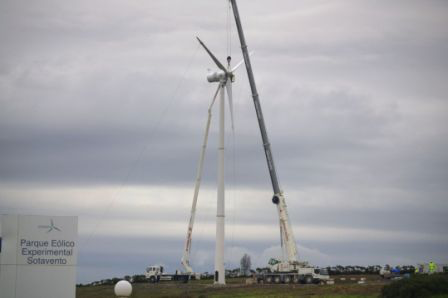 nED100 is a state-of-the-art 100kW wind turbine, incorporating the huge technical advances that have occurred in wind power technology in recent years.

The company has all necessary authorizations and the only constraint is that these machines must be installed by September 2014.

If this information interests you, please contact us: aeros@sotaventogalicia.com